My little love is 5 months old. The 4-month zone was a lot of fun–she began holding her body a little better so we could have more fun playing, rolling around, lifting her up, taking her places, and she started showing more of her personality. She is still mellow, but now she has a fiery “I know what I want” streak. She’ll go from 20 minutes of self-sufficiency, exploring a soft, crinkly book to squealing like I’ve never heard before. 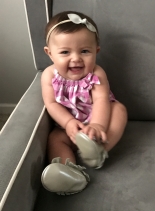 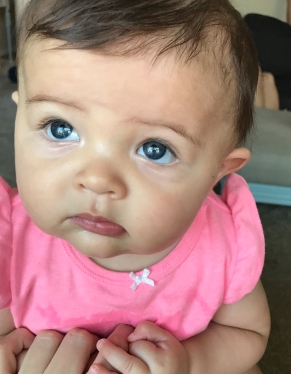 On a final note of cuteness, here’s a video of her now-famous squeals, the most epic tired-eye rub of all time (she got it from her Poppy), and a sneeze.

Excited to see what 6 months will bring!