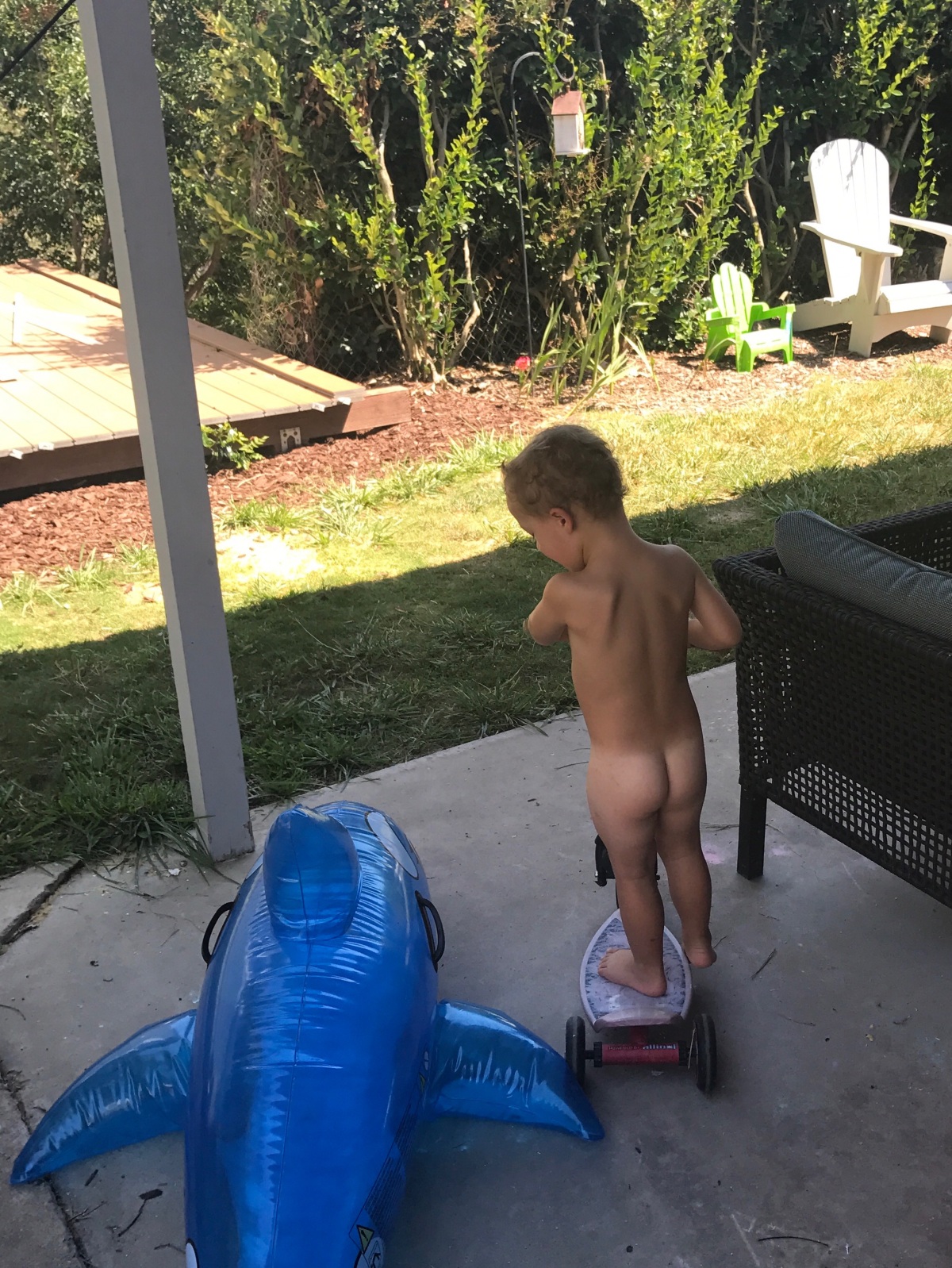 June was a bit of a wild month. It was really challenging for every one of us, but for different reasons. For me, it was going back to work during a thunderstorm of stuff–mostly good, but it just demanded a lot of time and was stressful. For Joe, it was handling Cam and Demi every morning and many afternoons without my help, in addition to working more days a week than not. For Cam, it was a sleep regression that has us guessing every day whether he’s going to nap and not go to bed until 10:30 (or later) or if he’s not going to nap and the nighttime routine is out the window.

And it certainly was for friends and family too (Inny, Poppy, Regina, Brett & Morgan) who put in the extra effort for us to close the babysitting gap.

But, we made it, “…with a little help from our friends!”

A typical morning with dad gets adventurous. Inny is smiling because even though she is probably exhausted and glued with sweat to both babes, this was likely the most relaxing part of her day. 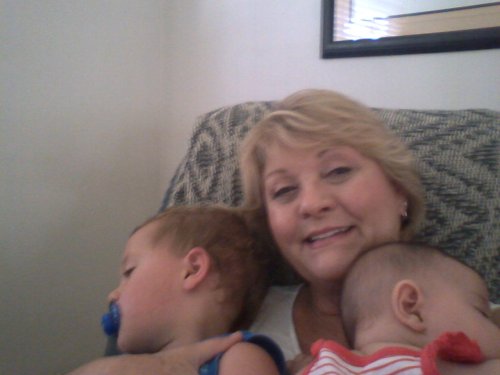 Demi’s first time in the “circle of neglect”… or the play bouncer. She’s still too small/unstable to stay in it very long, but Inny says she was definitely interested. (Side note: Demi looks so darn sweet in this pic, I can seriously smell her when I look at it.) 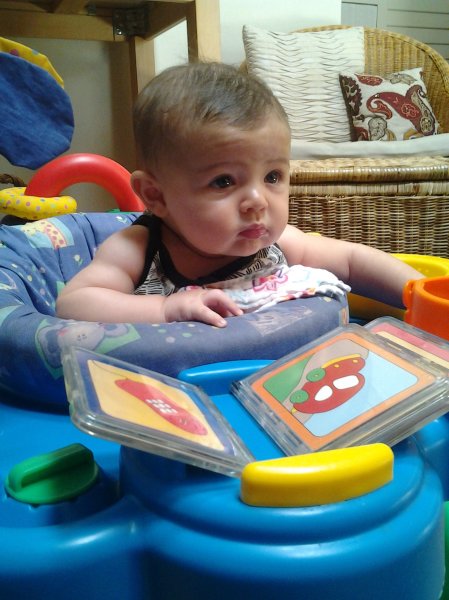 Hot weekend days without dad are best spent outside. With no clothes. Who said scootering with no clothes was a bad idea? This looks totally safe. 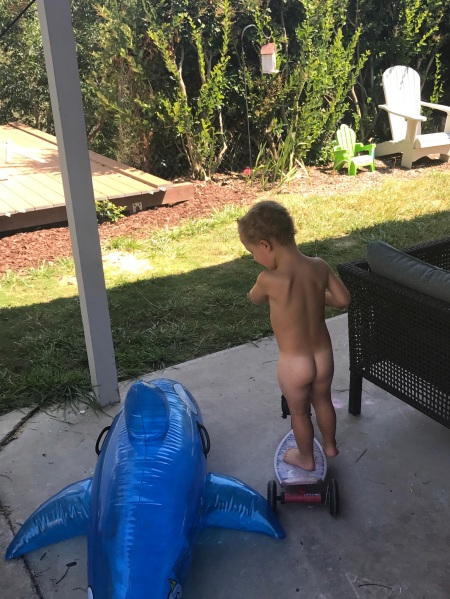 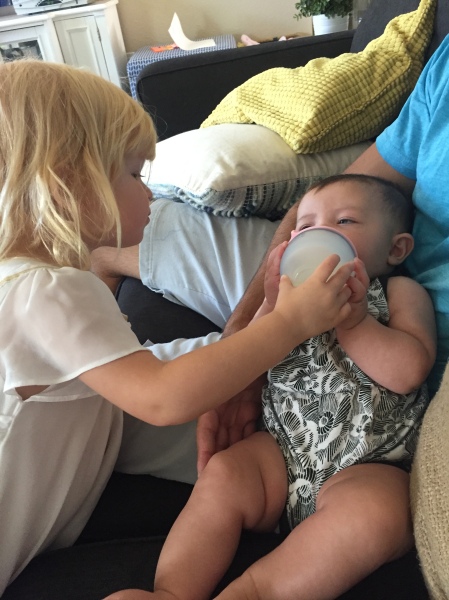 Going to work in the morning, leaving a sleeping babe without having had any interaction is SO HARD. It’s so tempting to wake her up just so I can get a smile. 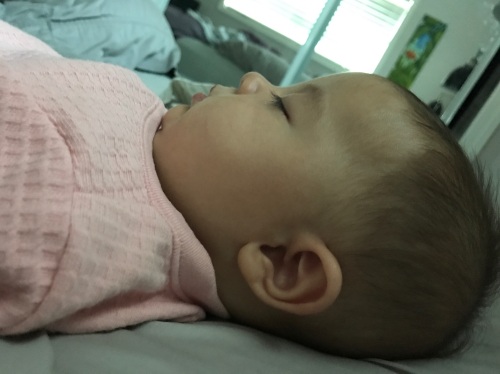 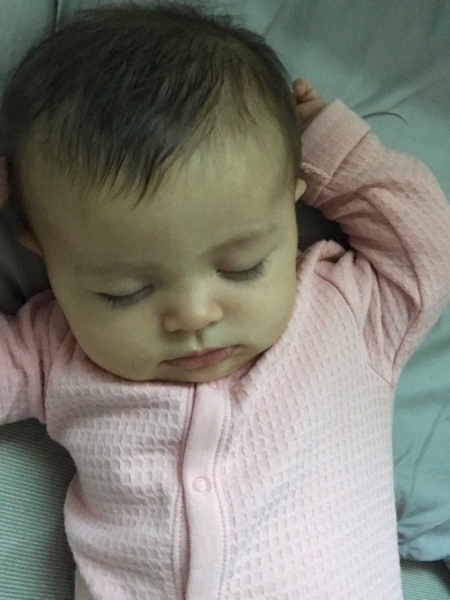 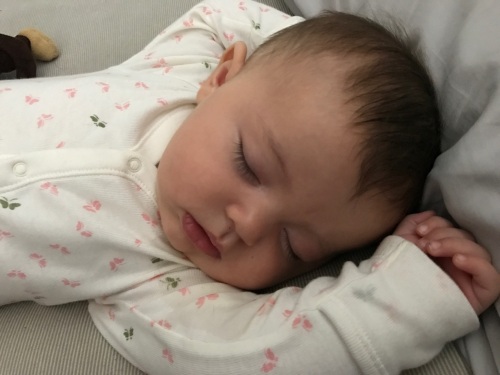 Luckily when I work from home I still get little visitors. 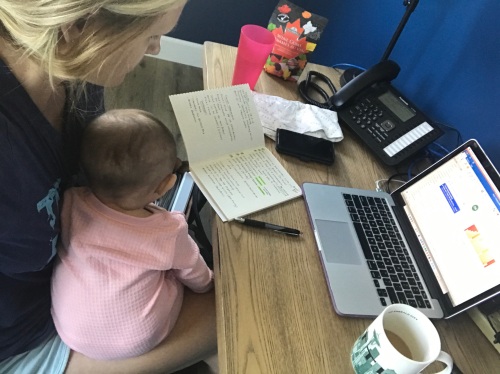 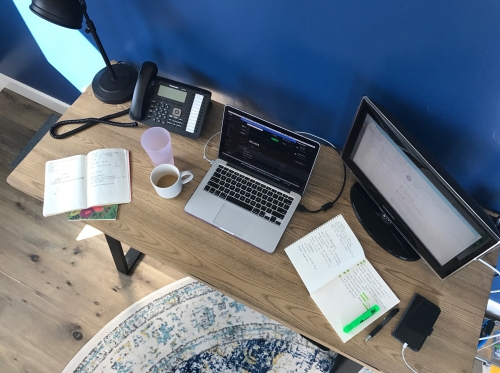 Now that it’s July, things will change a bit. Cam will be going to preschool within a matter of weeks (maybe days), and grandma Monkey is officially a San Diegan (La Mesan to be exact!!!) so we’re going to take a breath and reorganize. With 2 grandmas and preschool, things are bound to be a teeny bit easier than June!