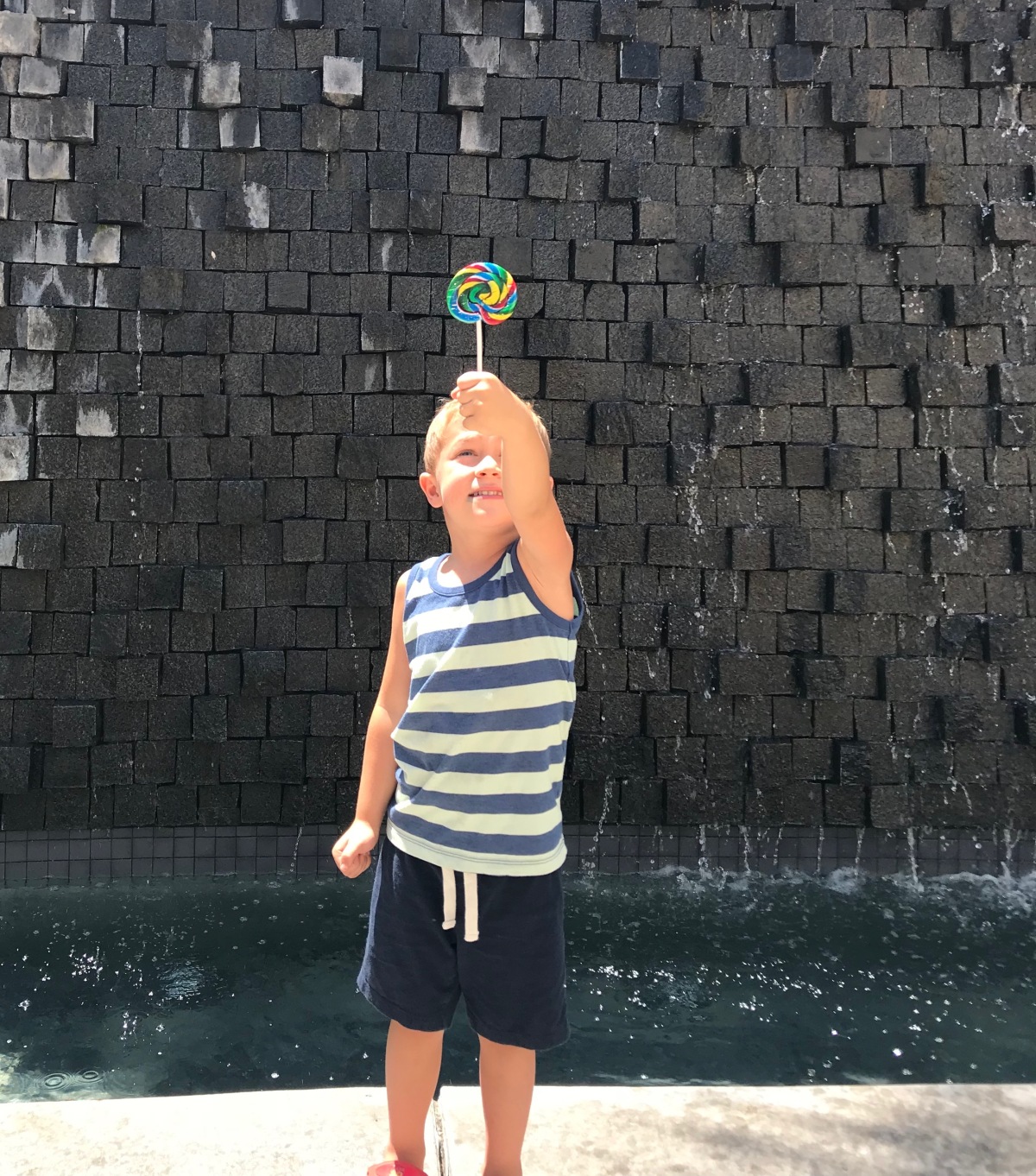 We’ve been trying to eliminate Cam’s pacifier (his “baba”) for quite some time. Maybe a year and a half? My excuse for not making it happen sooner is because we didn’t want the battle, especially at night, when we already have so many sleeping issues. We had eliminated the baba for all things except napping and nighttime.

But Cam is almost 4 years old and we have had visions of him going to college with his special suitcase dedicated to his babas and so we told him that 4-year-olds don’t use babas.

Well this set-up (pairing his birthday with losing his baba) was giving him angst about his birthday, which should be a happy day. So I tried to unpair the two events and I proposed the following to him:

He said “okay” to the deal, handed me his baba and went to sleep on night 1 with no problems at all.

Then, when I asked him if he’s going to keep going, he said yes. He wanted the lollipop.

Each day he confirmed how many more days until he could get a lollipop and today… TODAY is the day. He earned his lollipop.

And it was soooooo easy too. He just made the decision and stuck to it. Good job Cam-bone!

This is one milestone I will NOT be getting teary over.