While I was at work today, Joe had the pleasure of taking Cam on his first trip to the dentist. And when I say pleasure, I actually mean distinct displeasure because even though this was a pediatric dentist office with clean and happy kid-friendly surroundings, Cam wanted nothing to do with it. In fact, it was so bad that Joe compared the experience to the time in the hospital when Cam had to get an IV and there were four of us holding him down while he screamed and strained and kicked and cried.

It is so heartbreaking when you know you’re doing what’s best, but they are uncomfortable and unhappy and probably feeling a little betrayed.

On the plus side, Cam successfully got his teeth examined and cleaned. He also got a new toothbrush and a bouncy ball for being a “good” boy.

But on the down side, the dentist said he can see Cam’s teeth starting to shift due to overuse of his “baba”, so as of today we’re only letting him have it for bedtime which prompted Cam to attempt some trickery. He asked Joe for his baba and Joe explained that he can only have it at bedtime because the dentist said it wasn’t good for his teeth. Well that clever little fox TWICE tried to con Joe into giving him the baba by yawning and saying that he was tired. Your parents weren’t born yesterday kid! 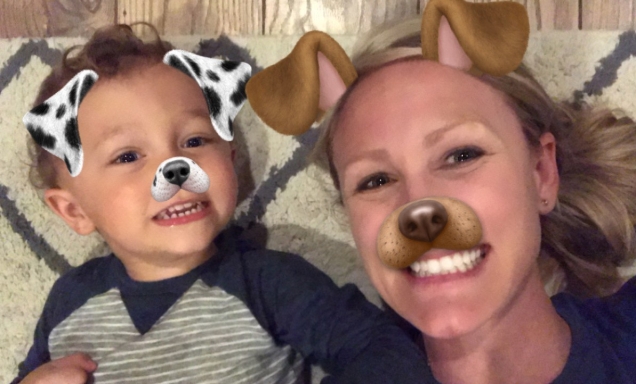